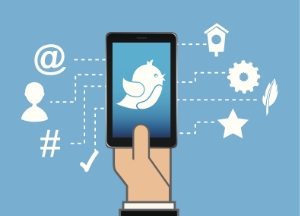 Have you ever craved better insight into the performance of your individual tweets? Well, hold on to your hats, folks. On Friday, Twitter rolled out an enhanced tweet activity dashboard, which lets you see how many times other users have viewed and engaged with your organic tweets.

There’s only one catch: The new tool is only available to Twitter advertisers, Twitter Card publishers, and verified users.

But if you do happen to fall into one of these groups, get excited. Knowing more about the performance of individual organic tweets can offer you a wealth of knowledge about what is and isn’t working in your Twitter strategy — and help you optimize both your organic and promoted tweets.

Here’s a snapshot of what you’ll get out of the new dashboard: 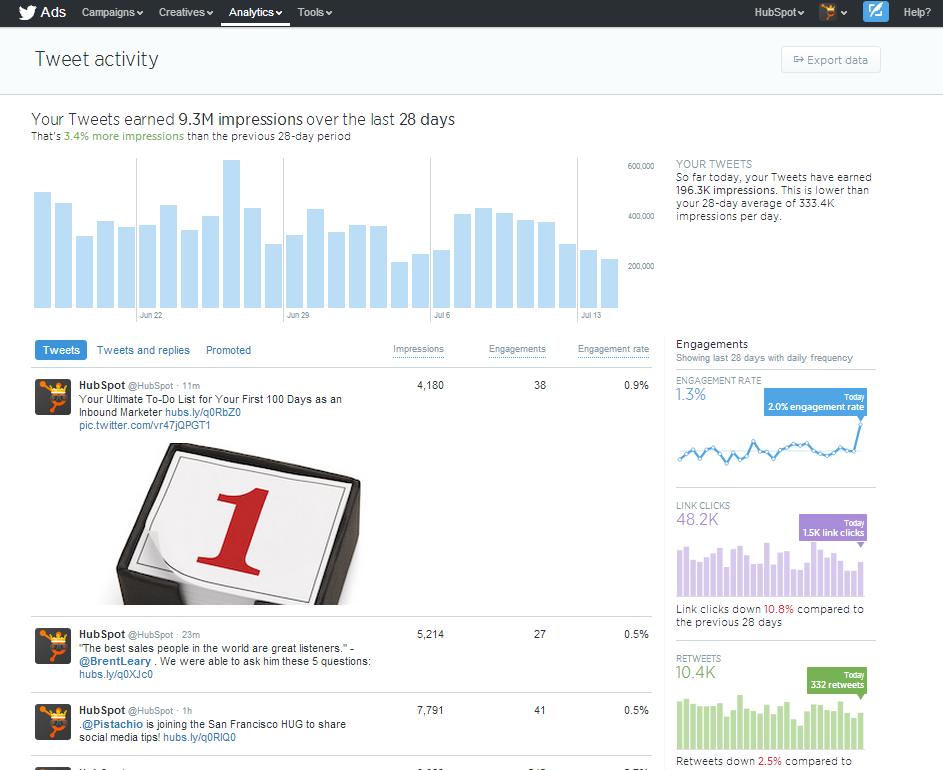 You can also drill deeper into individual tweets to view a tweet’s corresponding Tweet Details page: 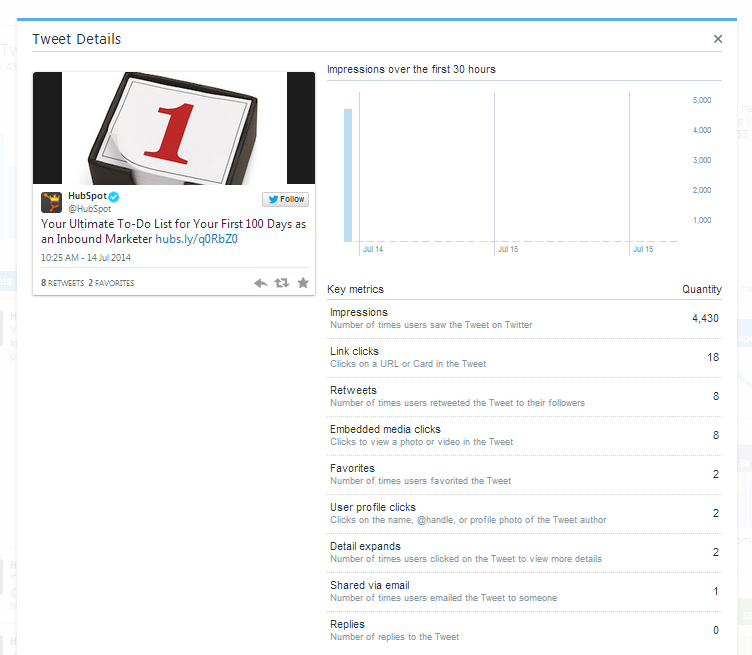 Twitter paired the announcement of its new tool with some highlights from its own research into the organic tweets of 200 brand advertisers, which spanned multiple verticals and ranged from Fortune 500 companies to small and midsized businesses.

The biggest takeaway Twitter reported is that tweet consistency is critical for maximizing organic Twitter reach. Twitter found that brands that tweeted 2-3 times per day during a given week can generally reach an audience size that’s equal to 30% of their follower base. Twitter also highlighted the power of newsjacking and event-jacking, @mentioning influential Twitter users and hashtags, and including auto-expanded photos or videos coupled with short, conversational copy as great ways to increase Twitter reach.

Of course, the beauty of Twitter’s new dashboard is that you don’t have to rely on these general best practices to improve your own Twitter content strategy. Now you can analyze engagement data for your own tweets and gather insights that are specific to your own Twitter activity.

Not sure where to start? Think about the following as you analyze the performance of your tweets: