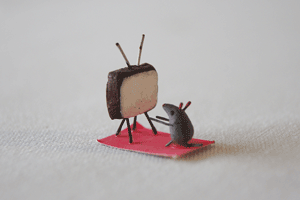 When ads are bad, they’re annoying to watch. They interrupt what you’re doing — browsing the web, surfing your social feed, watching your favorite TV show — don’t feel targeted, and offer nothing of value. You find yourself trying to find an escape route by clicking out of your browser, picking up your phone, or changing channels.

But, not all ads are bad. When they’re really relevant to you and/or have an engaging storyline, you don’t mind the interruption as much. In fact, if you love the ad enough, you may seek out it on YouTube to interact with again (and maybe even send it to your friend because it’s just that awesome).

If you’re trying to integrate some advertising into your inbound marketing campaigns, you want your ads to fall into the “good” category. You want people to love your ads, not skip through them. And the best way to figure out how to do that is to see examples of brands who’ve done it before. Below are some awesome ads and billboards we actually like seeing. Watch the videos below, take notes on why they work, and see how you can replicate their success in your marketing, too.

Historically, the most successful Super Bowl commercials debuted during the game. This ad, however, took the world by storm a few days before the big game — and the world loved it. This ad is so lovable because it not only features an adorable little kid, but it also has such a strong, relatable story line. Even without dialogue, the ad is strong because it makes people feel nostalgic — most people think back to when they used to play pretend as a kid.

Truthfully, this ad didn’t go over well with everyone. After the ad went live, Kmart received a decent amount of criticism on their page that used words such as “disgusting” or “distasteful.” But for those of us who appreciate a little potty humor in our marketing, this ad was brilliant. I won’t spoil the joke for those of us who haven’t seen it yet — you’ve just got to watch the video below — but don’t say I didn’t warn you that there are toilet jokes involved.

As part of the Real Beauty Sketches campaign, Dove created this ad to inspire women to embrace their own beauty. Dove had women describe themselves to a forensic artist. The catch? Neither the artist nor the woman involved could see each other — but all the women could all see each other. After they described themselves to the artist, they then described the other women they met, and the artist sketched the other women based on that description, too. Then, all the women got to compare the drawing based on their own description to the drawing based on others’ descriptions, and ta-da — another touching video was born.

In another popular Super Bowl ad, M&M’s danced to the popular song “I’m Sexy and I Know It.” Since its debut, the video has received millions of views. While it’s certainly not as deep as Dove’s ad or as clever as Volkswagen’s ad, this is one of the most lighthearted of the bunch — the perfect type of ad for the Super Bowl.

When Domino’s revamped their pizza recipe, they took out a Times Square digital ticker and screen to display customers’ photos and comments — even the ones that gave bad reviews of the pizza chain. By being incredibly transparent, Domino’s got more people to trust them, which lead to an increase in sales. Though the move was certainly a bold one, it paid off for the brand. 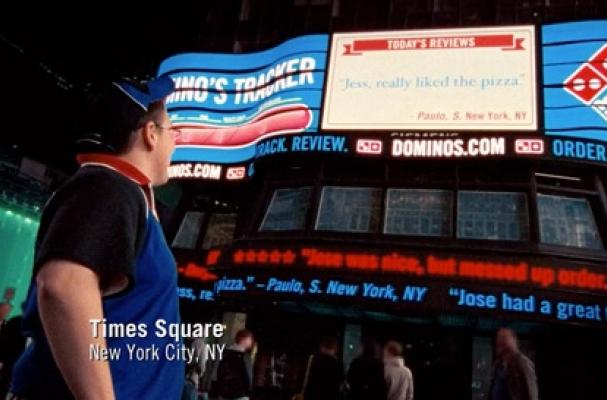 Last but certainly not least is an ad from Google that is pretty much guaranteed to make you cry (or at the very least, tear up). From the storyline, to the music, to the way Google makes the video about their product, but not, at the very same time, this ad is a stellar example to model our own after.

Which of these ads did you like the best?

7 Creative Ads Even Inbound Marketers Can Love by Charles