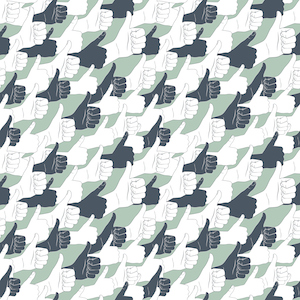 If you manage a Facebook Page, you might be a little bit frustrated. Anyone who manages a Facebook Page has either heard about Facebook’s organic reach decline or experienced its aftermath first hand.

All of this buzz about “organic reach decline” simply means brand Page posts are becoming less visible in Fans’ News Feeds, which means fewer clicks, comments, and shares. And fewer of those interactions mean fewer conversions, leads, and customers. Understandably, this has annoyed the managers of brand Pages big and small all over the world.

But you don’t have to stay frustrated. Here’s the inside scoop on what changes have actually taken place and how your brand can adapt.

Why Are Marketers Disappointed?

Prior to 2012, marketers had it pretty darn good on Facebook despite frequent redesigns and News Feed algorithm changes to adapt to. From the moment “Fan Pages” launched in 2007, anyone could create a Page for their company or organization, start collecting Fans, and post unlimited messages to their fan bases with the assumption that they would see those messages.

When the latter part of 2012 rolled around, though, Page managers learned that only a fraction of their Facebook Fans — 16% on average, to be exact — were seeing their Page posts in their News Feeds, and that fraction has only gotten smaller and smaller since.

As Facebook has evolved into more of a paid marketing platform than an organic one, Page managers are realizing they’re now expected to pay for ads yet again to reach those newly acquired Fans, even if those Fans have seemingly elected to see a brand’s posts by liking their Page in the first place.

“Facebook may be pulling off one of the most lucrative grifts of all time; first, they convinced brands they needed to purchase all their Fans and Likes — even though everyone knows you can’t buy love; then, Facebook continues to charge those same brands money to speak to the Fans they just bought.”

Not only are brands irritated that they’re having to pay a second time to reach their audiences on Facebook; but they’re becoming more skeptical of Facebook as an advertising partner overall. There’s speculation among brands like Eat24, Fstoppers, and Veritasium that paying for new Likes through Facebook ads yields the same results as if paid for through a click farm. When a fan base gets crowded with illegitimate Fans, per-post engagement also plummets. After all, the fake Fans don’t like the Page to interact with the brand’s content — they’re there to make a few bucks off clicking buttons.

At the same time Facebook is steering Page managers toward advertising, buzz about the above experiments has led to a lack of confidence in the effectiveness of Facebook ads even though both experiments only tested one ad type geared toward Fan acquisition.

On top of declining organic reach and rising doubt in ad effectiveness, Facebook advertising is also getting more expensive. In the fourth quarter of 2013, Nanigans, a Facebook advertising automation platform, found that the per-impression cost of Facebook ads tripled and cost-per-click rose 35% year-over-year.

It’s no wonder some marketers have a bone to pick with the $168 billion company … but those stats only tell half of the story.

On the other hand, the platform’s advertising options and targeting capabilities have improved dramatically over the last few years to boost effectiveness and ROI for many advertisers, which obviously nobody’s complaining about. Lots of marketers are getting fantastic results from Facebook ads — one of them earning a whopping 35X return on investment.

In a report from Nanigans, the company upheld the effectiveness of Facebook advertising by saying that:

“At the core of Facebook’s advertising success is the company’s commitment to product innovation. From desktop, mobile, creative, and targeting, to optimization and reporting, Facebook continues to build and improve, creating a more relevant experience for users and enhanced performance for advertisers.”

All of these platform improvements have allowed Facebook to grow ad sales by 72%, increase its share of the digital advertising market, grow revenue-per-user by 33%, and further the transition from an experimental ad buy to an essential one.

Whether you personally feel failed by Facebook or not, keep in mind that there’s a valid counterargument to the “Facebook Fraud” argument popularized by Veritasium and BBC, and plenty of avid supporters who attribute a good deal of new business to their Facebook advertising efforts. Not to mention, success often boils down to what you advertise and how well you craft and target your ads.

And, of course, Facebook has their own explanation for why organic reach is declining and how that actually benefits advertisers.

What Does Facebook Have to Say About All This?

According to Facebook, there are two main reasons why organic reach is declining, neither of which include them saying, “As a company, we’d like to maximize profits by selling more and more ads!”

Instead, they claim organic reach is declining because:

As Facebook explains, a brand’s ability to reach their fan base organically has diminished as users like more Pages, and as those Pages pump out more and more content. There are now approximately 1,500 stories competing against one another to appear in a user’s News Feed at any given moment. Facebook’s algorithm prioritizes only about 300, or one fifth, of them.

It’s simply not an ideal user experience to flood the News Feed with so many stories just because hundreds of liked brands clicked ‘Post’ multiple times a day. The brands that want to get noticed have to pay to play. As marketers, we may not like it, but as my stepdad always told me growing up, “It is what it is.” The reality is that Facebook is a business just like yours.

The company encourages marketers to look at their fan bases as a way to make paid advertising more effective rather than using it as a free broadcast channel. Additionally, Facebook says you should assume organic reach will eventually arrive at zero. So, if you really want to reach your target audience on Facebook, you’ll need to supplement your organic efforts with some paid advertising.

Additionally, Facebook advises marketers to expect things to keep changing, and often times for the better. Facebook has never been stagnant in terms of innovation, so no marketer can figure out a formula and then stick with it forever.

There’s always some new development or redesign to adapt to, and Facebook has made an effort to remind marketers of that, likely in an effort to diminish the inevitable “someone moved my cheese!” backlash that follows every major platform announcement.

Knowing what you know now, is Facebook advertising still worth it? If so, what and how should you advertise?

What’s a Marketer to Do?

Get Clever to Get Around Declining Organic Reach

All is not lost if you still want to maintain an ad-free Facebook Page presence. It’ll be more difficult to reach your fans, but you can try a few creative things to keep them seeing your posts:

1) Remind your Fans they can click to view their ‘Pages Feed’ on the left sidebar of their News Feed to see content from Pages they’ve liked. 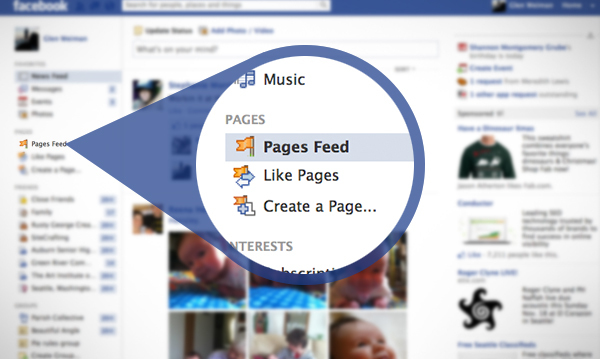 2) Educate your super fans that they can ‘Get Notifications’ from your Page.

3) Encourage fans to engage with your posts when they do see them, so they see more of them.

Re-allocate Your Time and Effort Toward Your Owned Assets

Since the only constant with Facebook (and the larger digital media landscape) is change, it’s always safest to focus on the digital channels you entirely own and control — your website and blog.

Spend the vast majority of your effort creating content (blog posts and long-form content such as ebooks, case studies, or videos) that will continue to garner inbound traffic, leads, and customers long after they’re first created. If you have time and budget, share those assets to Facebook for additional reach.

If you’re going to play the pay-to-play game, get your targeting right. Once you’ve built an audience of relevant fans, focus on advertising the content assets you’ve created (e.g. blog posts, ebooks), and use ads to amplify them to targeted users.

Remember: it’s only a matter of time before organic reach hits zero, so you might as well hone your paid strategy now, which brings me to my next recommendation …

If You Do Advertise, Go Beyond the Basics

As I mentioned earlier, Facebook’s targeting capabilities have gotten a heckuva lot better over the last few years. Nowadays you can pay to reach your ideal persona based on demographics, interests, web behavior, and more.

You also don’t just have to use ads to get new Likes. If you’re trying to drive traffic, leads, and customers, you probably want to advertise posts that contain a link back to your website. But you can also create different types of ads depending on what you’re trying to accomplish.

Facebook allows advertisers to maximize the effectiveness of their campaigns with:

Marketers have to switch gears from untargeted, frequent publishing to targeted, selective publishing. The goal is no longer to spray and pray — it’s to get as much interaction from a single post as possible.

Each post published to a brand Page can be targeted to a specific audience regardless of whether it’s sponsored, which may improve overall interaction with that post among other people who are likely to find it more interesting and relevant.

If you’re publishing to everyone, you’re more likely to be wasting impressions on people who couldn’t care less about your content. Focus on the top percentage of users who engage with your Page content the most.

Test the Bajeezus Out of Your Ads

Treat every campaign like a test and constantly adjust until you find a formula that consistently gives you results.

One thing to try: Dark posts. Did you know you can use ads to test the effectiveness of your posts?

Facebook actually lets you create unpublished posts to test your messaging. These “dark posts” appear in the News Feed, but not on your Page. Since these “dark posts” don’t appear on your Page, you can create as many targeted ads as you like to determine which ad copy and creative resonates best without disturbing your entire fan base.

If you’re pretty confident you have a post your target audience will love, you can also publish it to your Page, see how your fans react, and then amplify it to a targeted/lookalike audience to get even better results.

To learn more about all of Facebook’s various ad types and the appropriate specs for each, check out the latest Facebook Ads Product Guide.

Your turn! What are your thoughts and experiences with Facebook’s organic reach decline? How is it affecting your inbound marketing strategy?

Why Aren't My Facebook Fans Seeing My Posts Anymore? by Charles